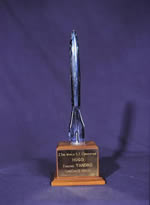 Detailed voting breakdown (Note that at this time, Hugo Awards were selected by “first past the post” voting, not the current Instant-runoff preferential ballot, and also that there was no requirement to publish the detailed results as their currently is.)