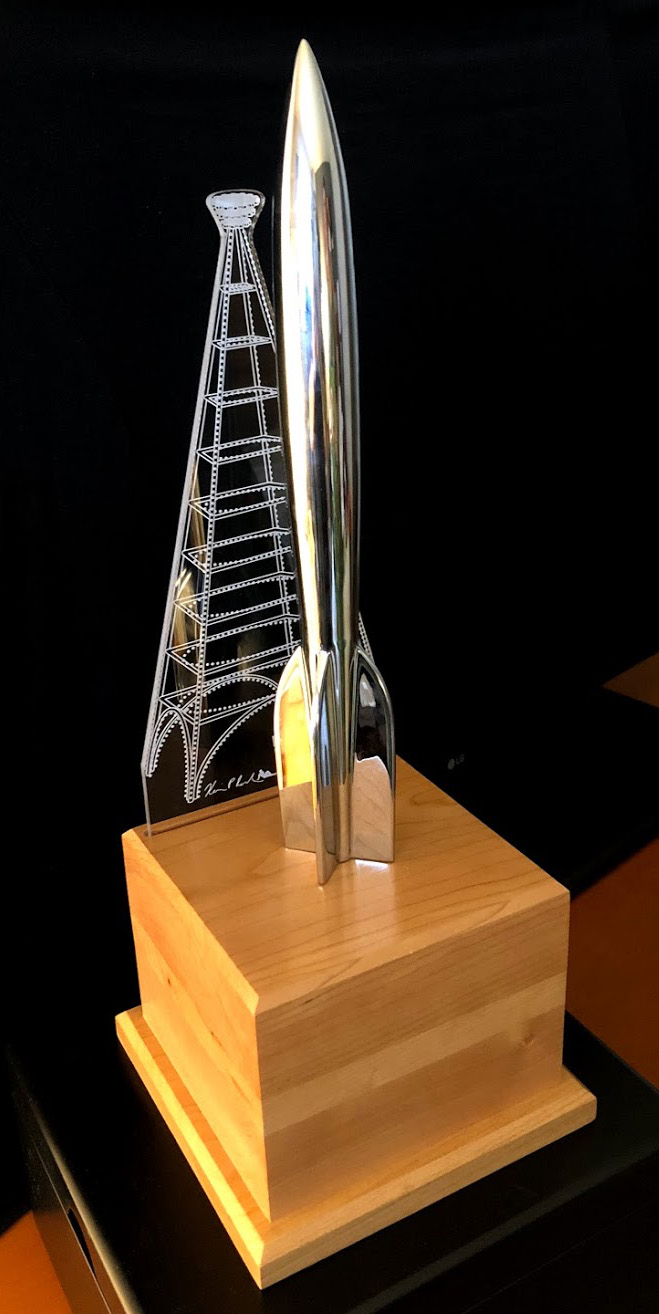 Designer Notes: The block is solid cherry, in honor of the orchards once common in San Jose. (Cherries were still one of the top cash crops in the Valley of Heart’s Delight in the early 1940s.) The backplane is a laser-etched image I created of our SJ Galactic Tower, which is itself an homage to the historic San Jose Electric Tower, erected in 1881 and making San Jose the first electrified downtown west of the Rockies. (The historic tower, alas, collapsed in 1915. I have photos from 1910 showing buses driving under the tower where it stood over the intersection of Market and Santa Clara Streets.)