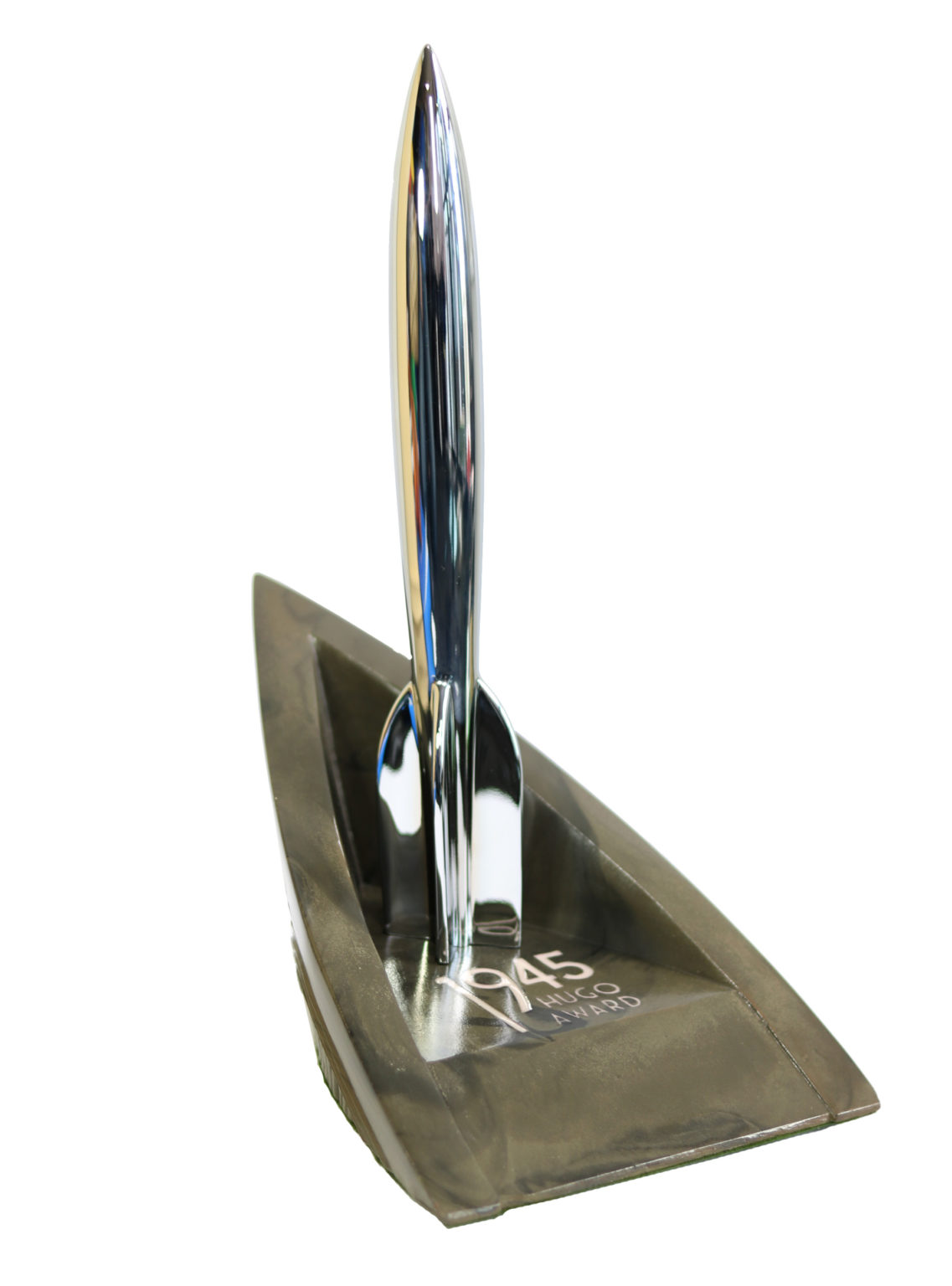 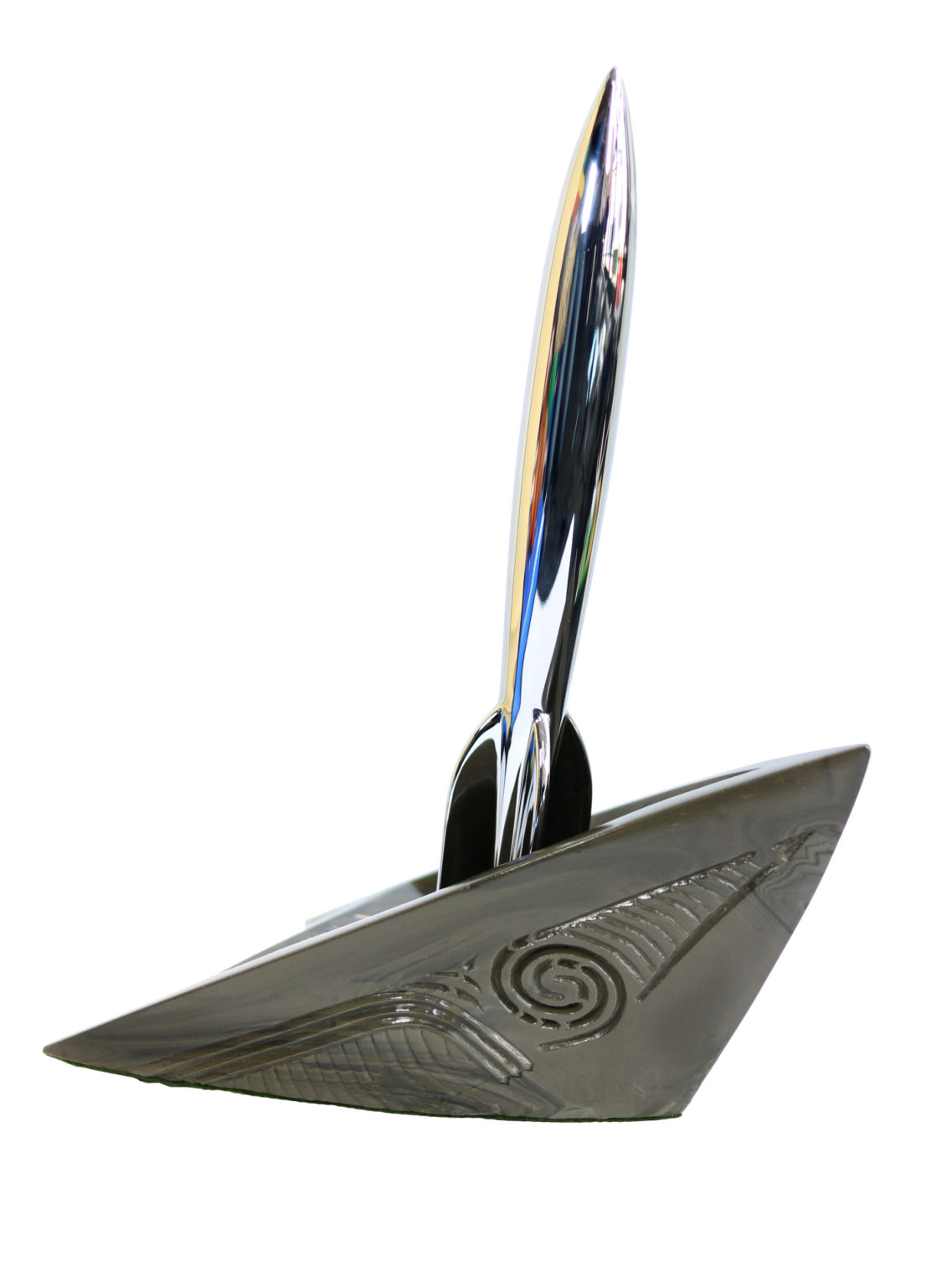 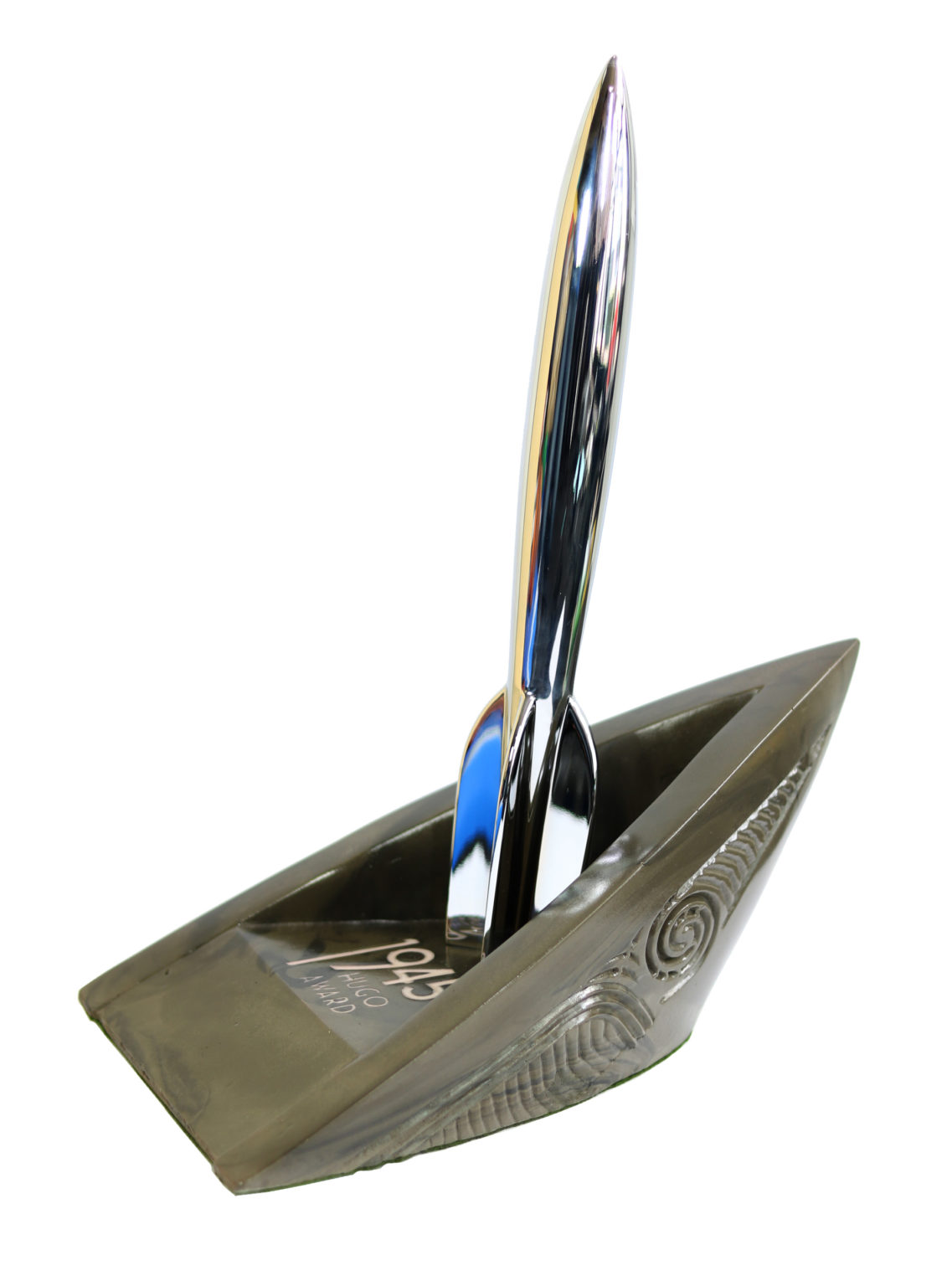 During the Opening Ceremony of CoNZealand, base designer James Brown introduced his design with this statement:

Now in keeping with the theme of exploration, my design is based on the prow of a waka, or traditional canoe of the Māori people, the amazingly skilled navigators and explorers who were the first to discover and settle Aotearoa New Zealand. The motifs on the side are inspired by whakairo, the traditional Māori art of wood carving.

In the spirit of the Retro Hugos, I think it’s ideal that the award itself can give a sense of being an artifact from the year that it honours. Design-wise, the mid-1940s were a really interesting time in between the sleek modernism of art deco and the futurism of the 1950s. A lot of creative use was being made of new polymers and plastics. So I chose to cast the base in a polyurethane resin with a marbled effect, reminiscent of art deco bakelite radios, and I’ve given the lettering an imitation mother of pearl effect with an iridescent, translucent resin. The design of the lettering was inspired by the typography of golden age sci-fi magazine covers.

This was an immensely fun project for me to work on. I got to use all sorts of techniques which were new to me, like computer aided design and 3D printing, and my background as a sculptor is in the miniature war-gaming industry so this is by far the largest thing I’ve ever sculpted and cast.

It’s been quite a long project, quite a long process, especially with the unexpected demands of the COVID-19 lockdown, but fortunately my wife has been very understanding and hasn’t minded me turning our relatively small apartment into my workshop. I’m really grateful to the committee for choosing my design, and I hope that I’ve created a trophy that lives up to the excellence of the work of writers that are honoured.