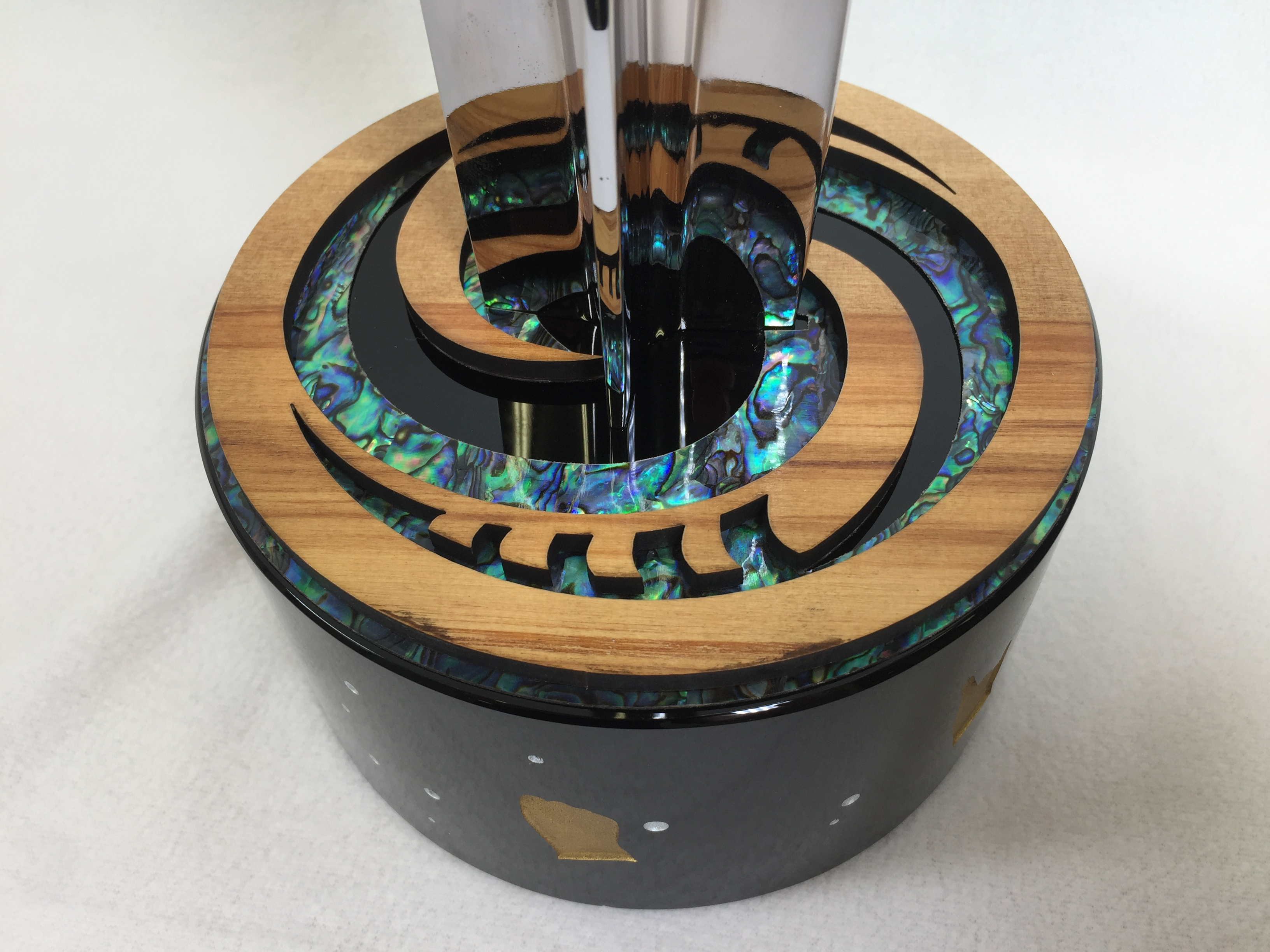 The images below are taken from screen-grabs of the video presentation about the trophies during the opening ceremonies of CoNZealand. 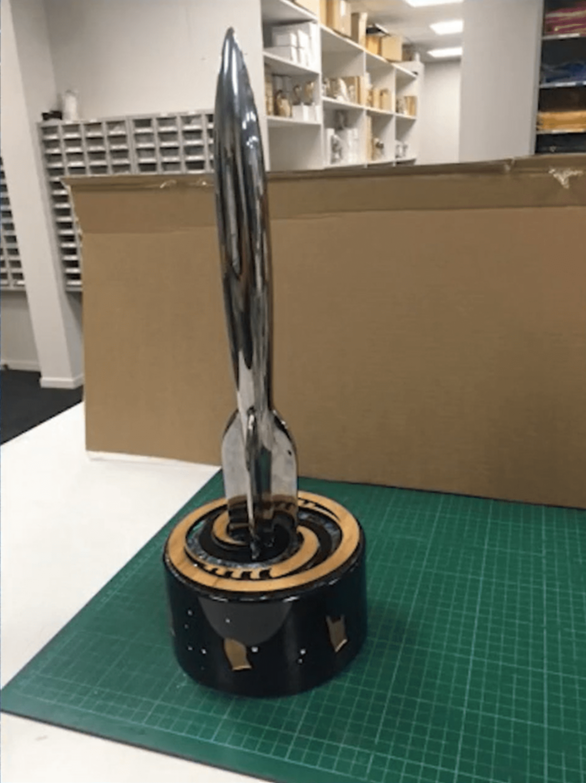 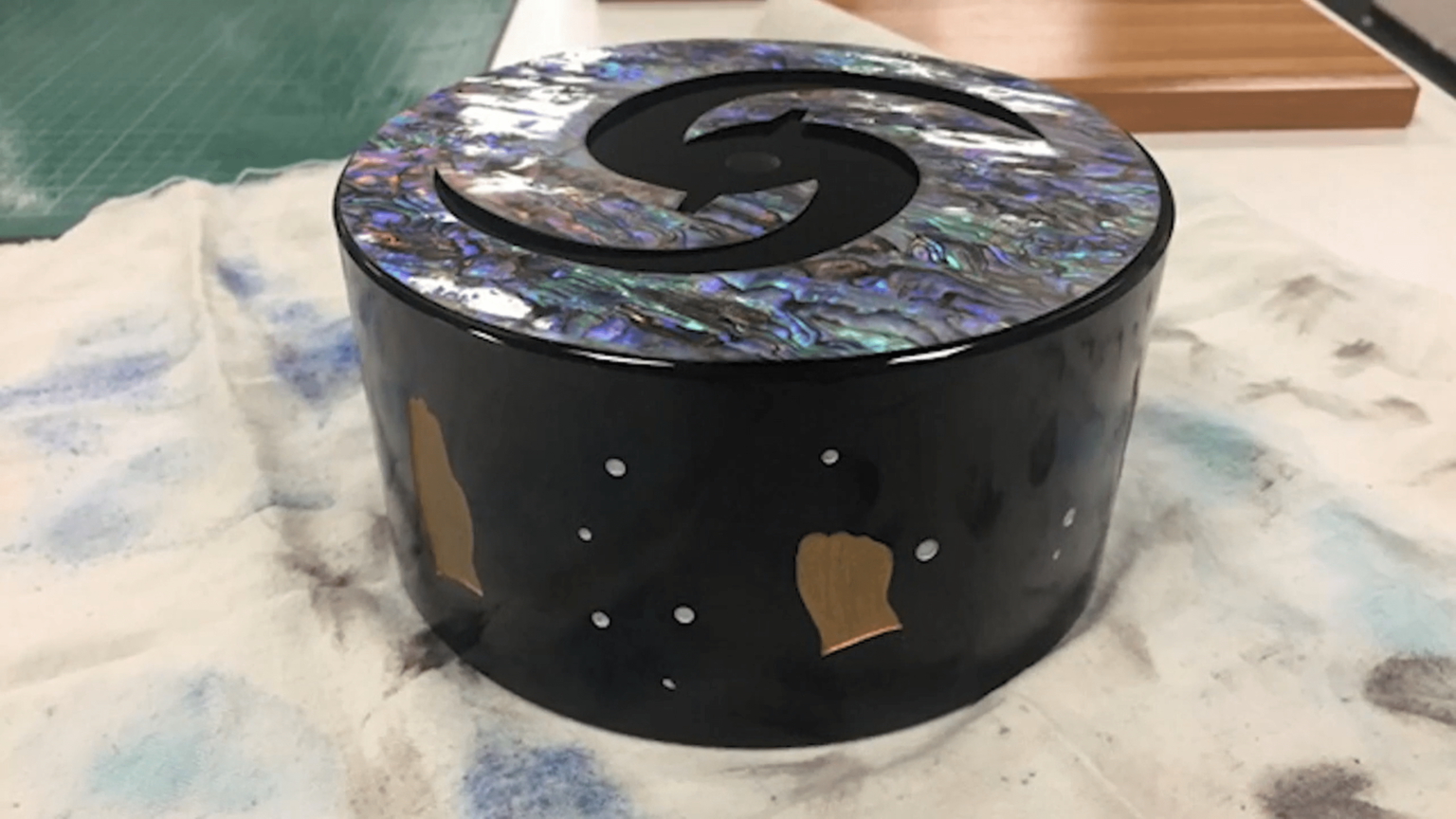 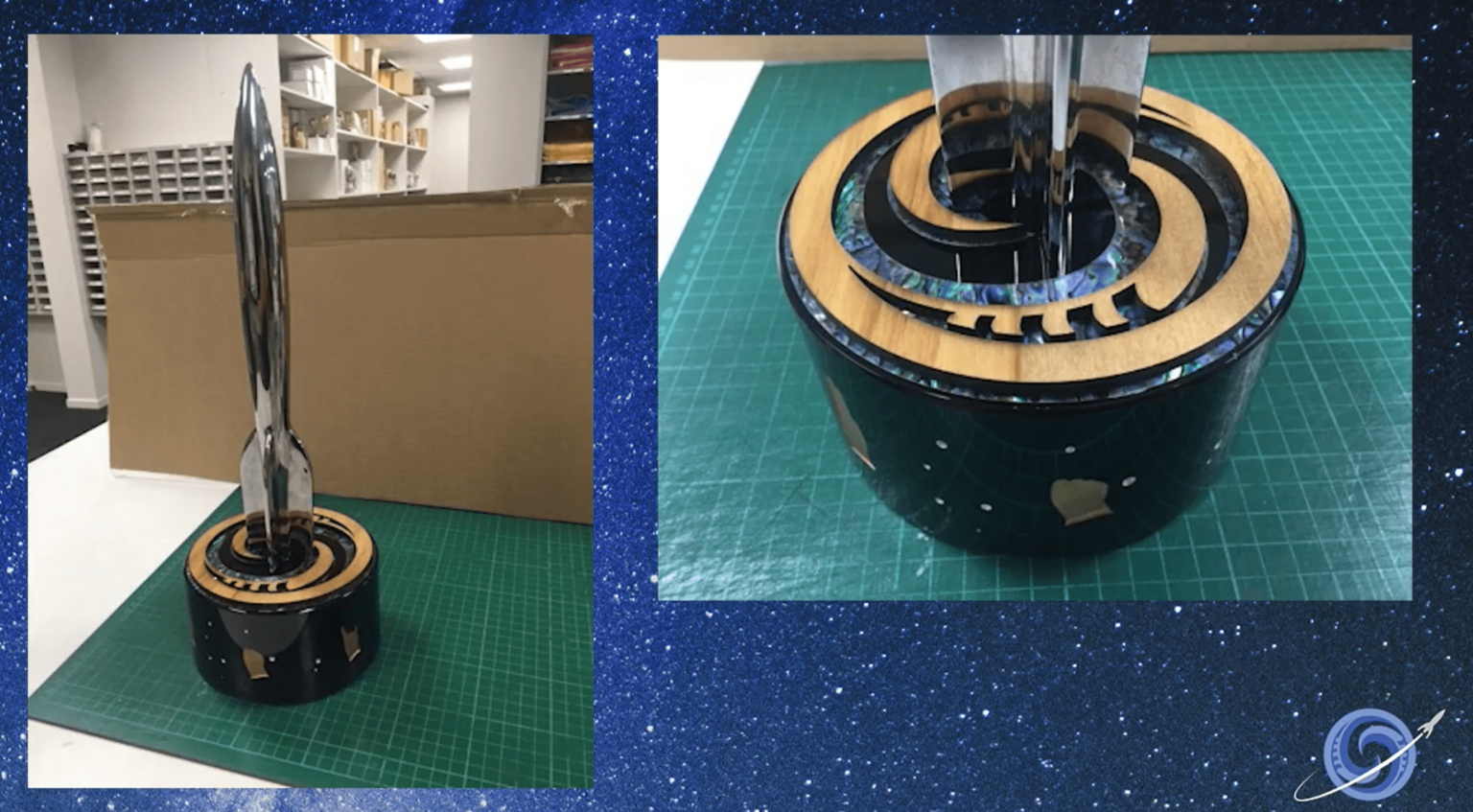 During the Opening Ceremony of CoNZealand, base designer John Flower introduced his design with this statement:

The concept I came up with was to create a base made out of black glass and on the base we have a bunch of hands. They were used by early explorers, the Māori who came to New Zealand, to navigate through the Pacific. The idea is that, depending on how many fingers you hold up, you can measure the angle between a set of stars and the horizon, and work out where you are. For example, if you have the Southern Cross—which is made up of four stars—you can measure the distance between the top star and the bottom star, and if you rotate your hand like that so it’s, say, three fingers distance down to the horizon, then you know that you have due South when you’re in the Southern Hemisphere.

So each of these gold hands is a different number of degrees, and the constellations within there are known in New Zealand as Matariki. In other places they’re known as the Pleiades, or Subaru in Japan. They’re a group of stars that show up in New Zealand somewhere between May and June. In New Zealand, they’re recognised as the beginning of the New Year.

We did all the design work using open source software, like Blender and Inkscape, which are free to use.

So here we have a sheet of Pāua. Pāua is a mollusc found off the shores of New Zealand. They’ve taken the shell of it and flattened it out. We have used a laser to cut a spiral design in it. The spiral design combines the Milky Way with the pattern of endemic ferns of New Zealand. So we’ve cut it out from here, and if we move the sheet we can see what we’ve created. So that’s cut out from the middle, and the idea is that on top of this Pāua we will seat a timber design on top like so, and the rocket will go in the middle like that.