On the agenda for ratification at this year’s Worldcon is a new Worldcon-sanctioned award for Young Adult fiction. This is not a Hugo Award, but a new award administered similarly to the Hugo Award. If ratified this year, it will be first presented at Worldcon 76 in San Jose in 2018. The committee that has been working on the proposal is now soliciting feedback on the short list of potential names for the award. The committee considered and discarded names of persons, as well as names of existing awards and names that could cause trademark/copyright issues.

END_OF_DOCUMENT_TOKEN_TO_BE_REPLACED 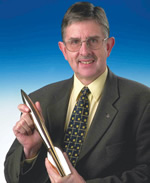