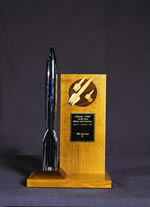 A total of 427 Hugo nomination forms (130 electronic and 297 paper) were submitted; 81 of those were from Aussiecon 3 members. 20 nomination forms were eliminated as invalid because the person had joined Chicon 2000 after the January 31, 2000 deadline or was not a valid supporting or attending member of Aussiecon 3 or Chicon 2000, for a total of 407 valid nominating ballots. 1,101 final ballots (475 electronic and 626 paper) were cast by the members of Chicon 2000, of which 30 were invalid, for a total of 1,071 valid final ballots.

The Novelette category had six nominees due to a tie for fifth place.